After relocation to Aiken, S.C. in May of 2006 Jane studied watercolor painting at the Aiken Center for the Arts and took Watercolor Workshops with Esther Melton and the renowned Mary Whyte.  She studied life drawing and watercolor with David Mascaro and also with the late Will Fahnoe of Augusta, Ga.  In 2008 she began studying Oil painting & life drawing with Professor Al Beyer at USCAiken.

Jane is a member of the Aiken Artist Guild as well as the S.C. Watermedia Society.

She is a member of the Aiken Center for the Arts where she exhibited in 2007 and took a ribbon for the “William Colgate” Best in Aiken Scene.

In April of 2008 Jane was the chosen exhibitor in the Artist Guild Gallery at the Aiken Center for the Arts.  On display were twenty watercolors of various themes.

September 2008 Jane took a blue ribbon for her “Confederate General” watercolor at the South Carolina State Fair as well as a Merit Award for her “Parasol Lady”. October 2008 Jane was juried into the Watermedia Society Show at Myrtle Beach held at Franklin Burroughs-Simeon Chapin Art Museum.

March, 2011 Jane took First Place with her oil painting of “Relaxation” at the Yellow Jessamine Art Festival in North Augusta, SC. where in 2012 she won Best of Show for her painting “Toya”.

Jane continues her oil painting studies with Professor Al Beyer at USCA and in May 2011 and again in May 2012 Jane won first place in the USCA Student Art Show. Many of her oil paintings have been juried into Regional Shows such as McCormick, Anderson, and the South Carolina State Fair.

July 7 through August 31, 2011, Jane had a one person Show displaying over 30 of her oil paintings at Sacred Heart Cultural Center in Augusta, Georgia.  And in June 2012 she was one of the six invited artists in the Under the Influence Show at The Mack in McCormick, SC.

Sept, 2012 she showed 24 of her oil paintings in the Main gallery at the Aiken Center for the Arts. Where in May of 2013 she won First Prize in landscape for Autumn in Hitchcock Woods in the Aiken Artist Guild Show. 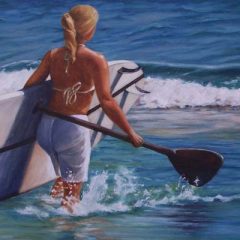 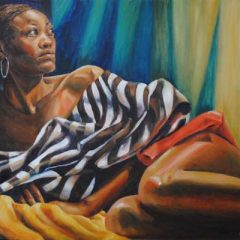 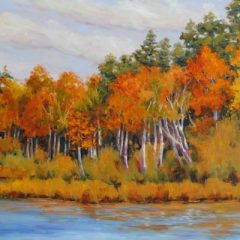 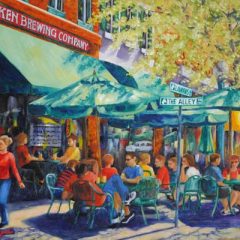