Susan grew up in Greenwich, Connecticut and attended the Fashion Institute of Technology, in New York City, where she majored in Advertising Design & Fashion Illustration. Following graduation, her 35-year career began as Graphic Designer for a small advertising agency in Stamford, Connecticut and culminated as Marketing Vice President for a national transportation company headquartered in Philadelphia, Pennsylvania.

These working years did not leave much free-time for Susan to focus on creating her own art. Upon retirement and moving to Aiken late in 2005, Susan began to pursue painting. In 2008, she attended classes at the Aiken Center for the Arts, working with their many talented instructors. She has also taken workshops and studied with AAG members, Judy Adamick, Sharon Taylor Padgett and Ann LeMay. In the fall of 2011, Susan applied to USC-Aiken and completed the beginning painting class with Professor Al Beyer and since that time, she has continued to attend the advanced painting class at the University.

In the spring of 2013, Susan received an Honorable Mention in the Aiken Artist Guild Member show for her painting, “Room with View”; in 2016, Honorable Mention for "Campus Coffee Break"; and 2019 Second Place for "Beach Boys". Her work has been accepted into juried exhibitions including McCormick Arts Council of Keturah, Belton Center for the Arts, and the South Carolina State Fair Fine Art Competition. She has also exhibited at the Aiken Visitors Center, the North Augusta Arts & Heritage Center, and the Salvation Army Kroc Center. At the 2015 South Carolina State Fair she received the Donna Lynn Gore Award of Merit for her painting, "Culture Clash" and in 2017 she received the Michael J. Slattery Award of Merit for her painting, "Blue Checkered Quilt".

SSusan became interested in acrylic painting after collaborating on a floral painting with her mother. "My Mom has been my inspiration to pick up the brush and put color on a canvas. Growing up in Connecticut, we were always doing arts and crafts projects. Throughout my life, she has given me an appreciation for art and the pursuit of personal creativity." In addition to Susan’s mother, who has painted both oils and acrylics, her three siblings are also talented in creating watercolor, pen & ink, and ceramics. 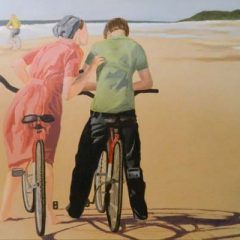 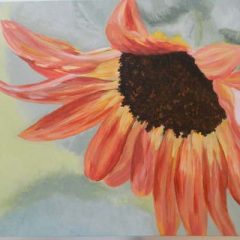 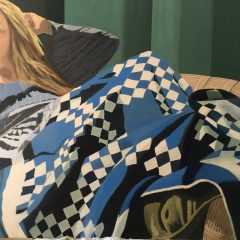 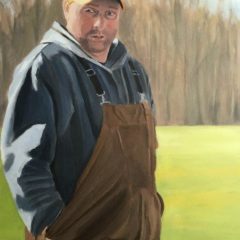