Catherine grew up in Aiken. Her mother, Carol Ryder, was an art teacher and one of the first members of the Aiken Artist Guild.  Catherine has a BFA in art, and has lived in several other places, including NYC, Atlanta GA, Savannah GA, and Hawaii.

In NYC she pursued illustration and life drawing. She was a graduate student at The School of Visual Arts in 1985 and 1986. She started a large portfolio of ideas, but got side tracked by a passion for Middle Eastern Belly Dance, which she discovered in NYC.

Catherine danced professionally under the stage name "Layla Katrina" in the 1990's until 2005, living in Atlanta and Savannah.  In 2007 she became a licensed massage therapist on the island of Maui, worked there for 7 years, and moved back to Aiken in 2014.

Catherine has decided it is time to go back to her artwork.  She joined the Aiken Artist Guild in fall of 2018.  She had been commissioned by one of her dance mentors to make a painting, and the sale of that work has set her on the path to continue in acrylics.

Catherine has also done works in watercolor and colored pencil. She is looking for portrait commissions, both human and animal .  She has a deep love for birds and feathers; you will find them in many of her paintings. 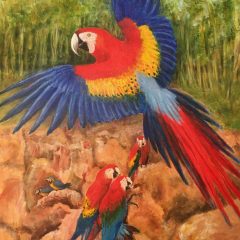 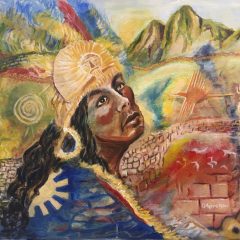 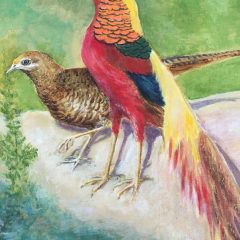 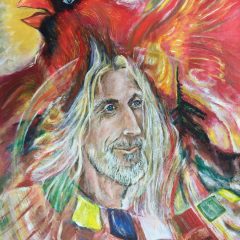 Meetings: Second Monday of each month; 6:30 at Aiken Center for the Arts. The Guild does not meet in June, July, and August

Aiken Center for the Arts
aikencenterforthearts.org

The Center for Arts & Heritage in North August
http://www.artsandheritagecenter.com/